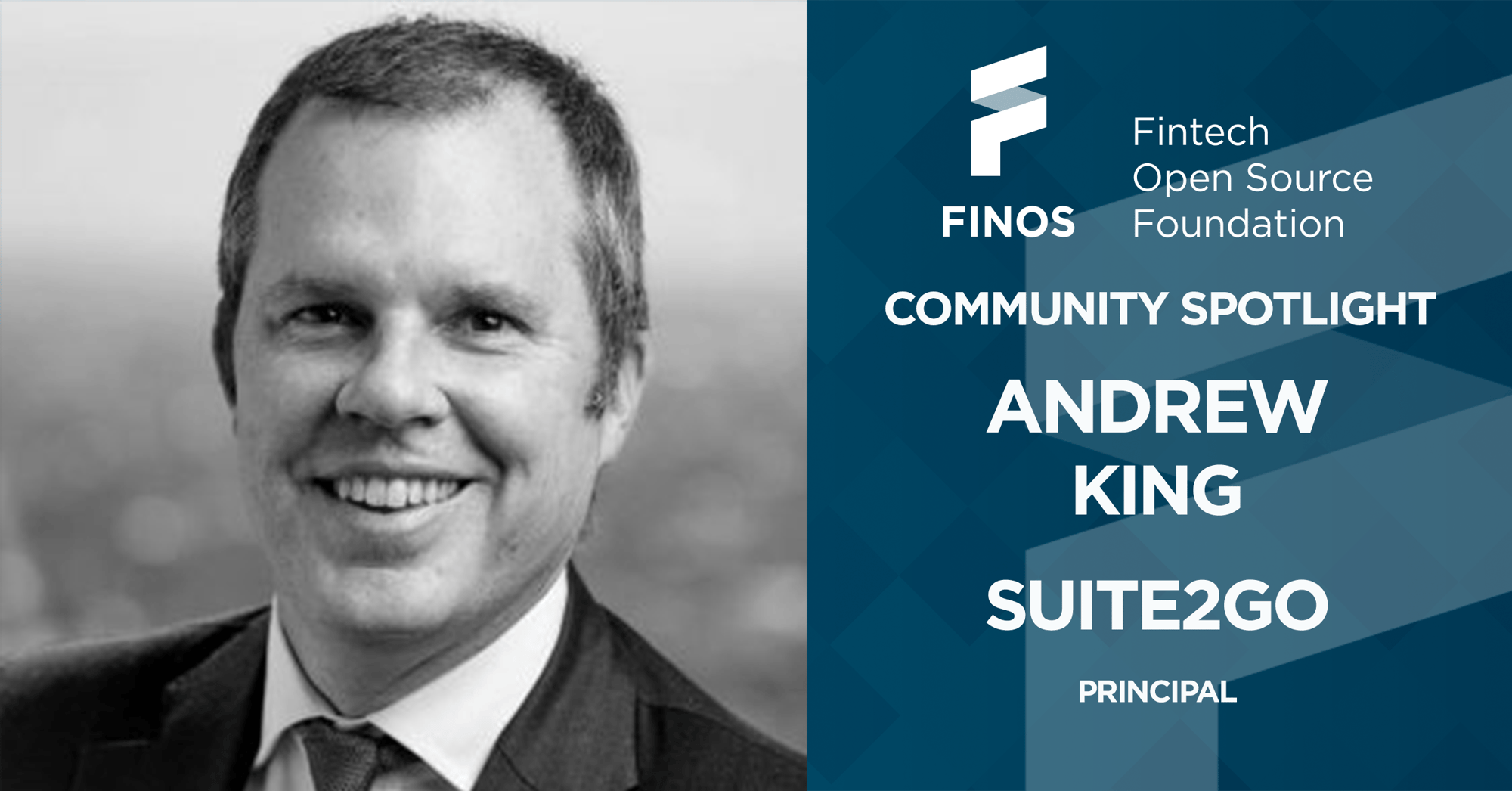 This week the FINOS team is delighted to highlight Andrew King, Principal at Suite2Go, for his work building the FINOS community in the Asia Pacific region, including through organizing the FINOS APAC Open Source in Fintech Meetup series launched last November.

Through this FINOS meetup, Andrew has introduced FINOS Projects and Special Interest Groups to a growing community in APAC interested in financial services and open source. The most recent meetup included presentations on using open source to build a low code application platform and an introduction to the Symphony Bot Developer Kit for Java, which was recently contributed to FINOS. (Watch the replay)

Thank you Andrew for kick-starting activity with the FINOS community in APAC and for your enthusiasm and support from Australia. Well done and we look forward to the next meetup!