“We’re really excited to announce we are partnering with FINOS to be able to showcase the best in open source financial projects. As much as we may not like it, money controls much of our lives, and it’s so important that it works in an open and transparent way, “ said Jonathan Riddell, Chair of the OpenUK Awards Committee, “This additional award will allow us to recognise pioneers in keeping all our financial needs smooth and secure.”  The OpenUK Awards will recognise the roles that people across the UK play in open technology, including open source software, hardware, and data. Today we add a further dimension to the Awards by partnering with FINOS on the “Fintech Open Source Award.” With companies across the UK leading the world when it comes to finance and fintech, and with many of these companies putting open data and open source technologies at the heart of their operations, providing an award to celebrate this makes a huge amount of sense.

Submit your entry here at the OpenUK Awards. 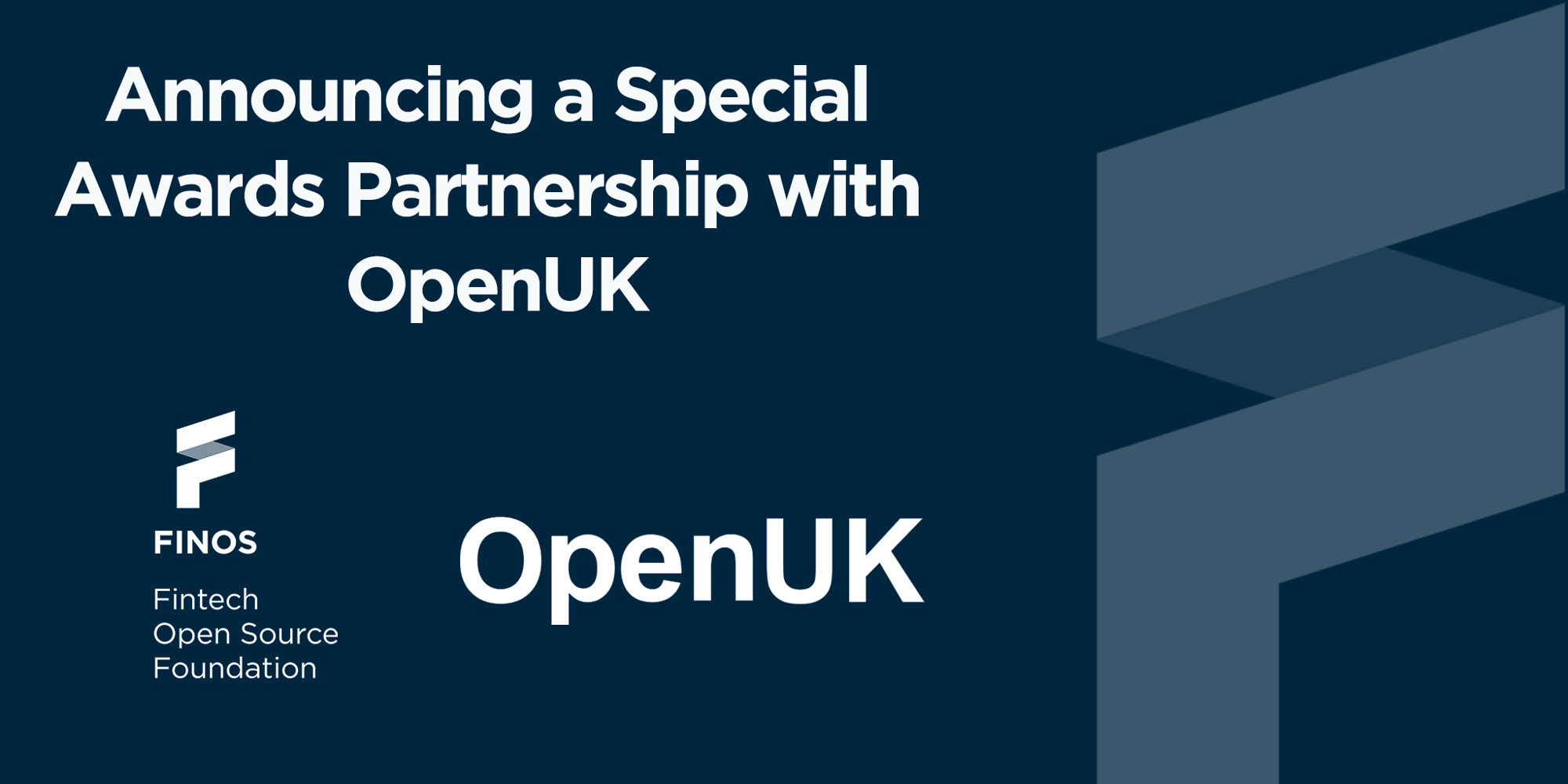 This Award will be given in recognition of an “Outstanding Contribution to Accelerating Open Source in Finance and Fintech” and will cover a company or project. Like the other OpenUK Awards, full details and an entry form for those interested is at openuk.uk/awards.

Submissions must be for open source – defined as openly licensed projects using an OSI approved licence, standards, or collaborative initiatives of any size that help further the use and adoption of open source – and solve common challenges or explore new opportunities for collaboration in the financial services industry.

The judges will consider novel contributions to projects with wide adoption or impact as well as community and collaboratively developed projects, whether these are commercial or not. The award winner and runners-up will be announced at the OpenUK Awards, an extra special digital awards evening taking place on 20 October. The judging process will be supported by FINOS’s expertise including UK-based FINOS Director of Community, James McLeod.

Anyone who has followed the development of OpenUK this year will be aware that OpenUK and FINOS have a longstanding relationship and have previously partnered in sharing content.

“The adoption of open source in the financial services industry is vitally important if banks are to continue providing customers with innovative products and the best customer experience. Open source not only injects pace and innovation into the finance and fintech industry, but it also unites people from across firms around creative solutions to complex problems.

“With FINOS providing the mechanism for open source collaboration in finance, we are delighted to join the OpenUK Awards to recognise the growing number of innovative open source projects, standards, and APIs that are being contributed to the financial services open industry.

“Working with FINOS on this award is a natural step forward for OpenUK, as we celebrate all the amazing work that is being done across the open technology landscape.

London has been at the heart of innovation across the financial services sector, with open data becoming a critical part of that through the build-out of the UK’s world-leading open banking infrastructure. Despite, or perhaps because of, the current pandemic and fears around Brexit, we see FINOS members and key industry players in finance increasingly moving to Open Source and thriving.

With 8 days left for nominations to come in, I suspect this will be a high profile category and hotly contested,” commented OpenUK CEO, Amanda Brock.

Submit your entry here at the OpenUK Awards.