To realize the full benefit of open source software, financial institutions need to move beyond managing their use of open source and enable their developers to contribute back to the projects they depend on. But contribution comes with a new set of challenges and questions: How do you evaluate contributions for the presence of potentially valuable IP? What kinds of controls and reviews are necessary to prevent disclosure of private and sensitive data? What open source license obligations do contributions trigger?

In this panel discussion, three experienced open source IP attorneys will answer these and other common questions that large companies have about contributing to open source projects. 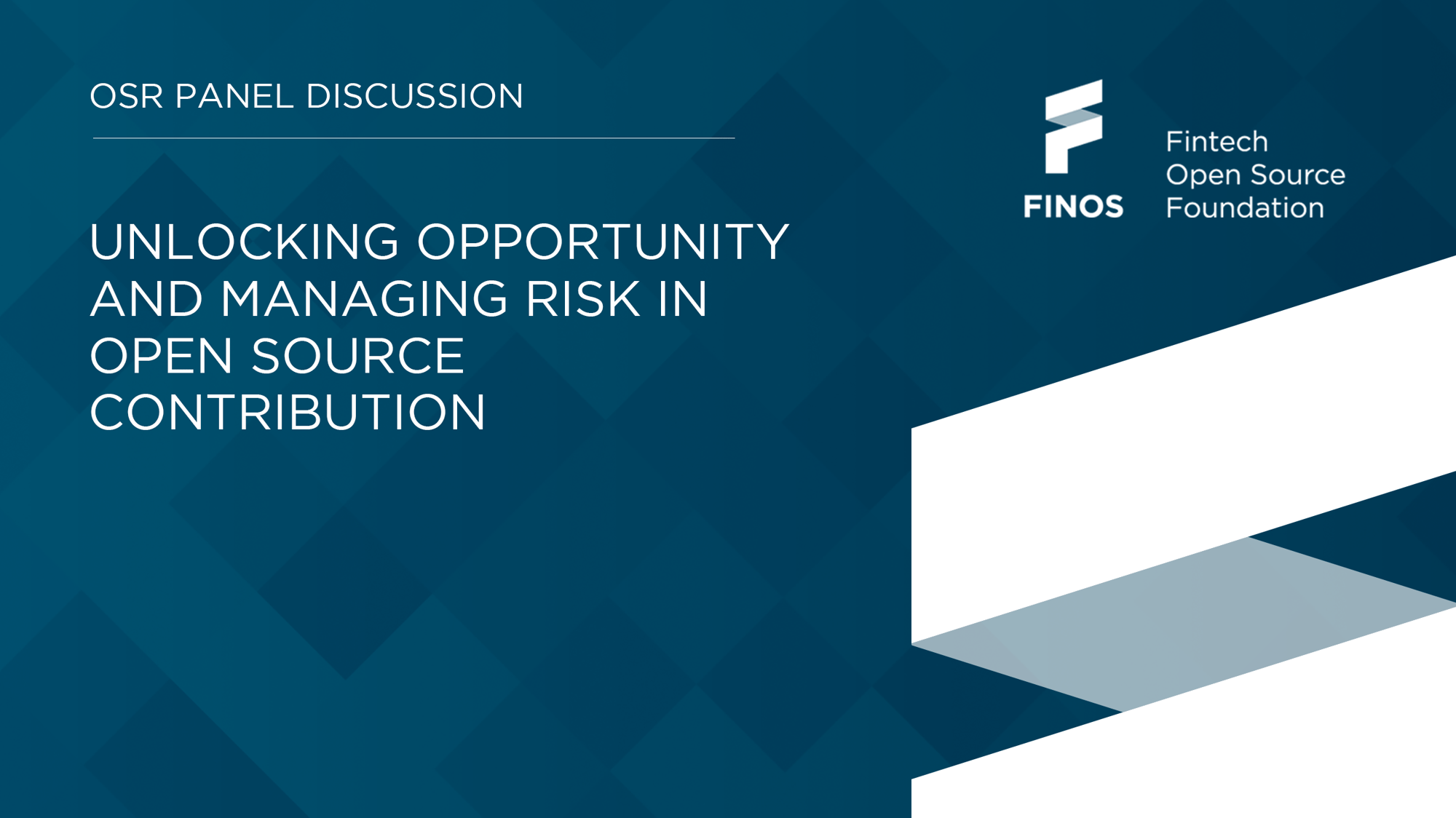 Mr. Lindberg specializes in the intersection of technology and law, and was named one of “America’s top 12 Techiest Attorneys” by the American Bar Association Journal in 2012, and has testified in Congressional proceedings as an expert in both copyright and encryption policy.

Mr. Lindberg is an expert in the area of open source, with decades of experience interacting with and helping open source communities. He is the author of the book “Intellectual Property and Open Source,” and the founder of OSPOCO, the open source program office as a service company.

In addition to open source, Mr. Lindberg represents a variety of companies for high-stakes IP litigation and inter partes review proceedings before the Patent Trial and Appeal Board (PTAB).

Meeker advises technology clients on intellectual property matters, including licensing and collaboration arrangements, software copyright and patent issues, technology procurement, open source licensing strategies, and intellectual property issues in investments, mergers and acquisitions.  She is an internationally-known specialist in open source software licensing.  Her latest book, Open Source for Business, is a definitive handbook for lawyers, engineers, and businesspersons on open source licensing in business.  Her Technology Licensing: A Primer, is a widely used handbook for technology licensing specialists.

In 2019, Meeker was named by Business Insider as one of the ten people transforming the way the technology industry does business, along with the CEOs of Salesforce, Stripe, and Microsoft.  She was the only lawyer on this list.

Meeker is widely recognized for her leadership in intellectual property licensing law, with Chambers USA, the Legal 500, Best Lawyers in America, and SuperLawyers naming her among the industry’s top lawyers in multiple years. She received the prestigious IP Vanguard Award for private practice from the Intellectual Property Section of the California state bar for 2016.  In 2012, Best Lawyers named her its “San Francisco Information Technology Law Lawyer of the Year.”  In 2018, she was named one of the top Women Leaders in Tech Law by The Recorder.  The Daily Journal named Meeker to its list of “Top 100 Women Lawyers in California” in 2013, and has named her twice to its list of “25 Top IP Portfolio Managers (Licensing) In California.” Managing IP named her to its “IP Stars - Top 250 Women in IP” list in 2013.

She is a member of the Advisory Council for the American Law Institute’s projects on Principles of the Law of Software Contracts (2010) and Restatement of Law, Copyright (ongoing).

P. McCoy Smith is the Founding Attorney at Lex Pan Law LLC, a full-service technology and intellectual property law firm based in Portland, Oregon, U.S.A and Opsequio LLC, an open source compliance consultancy.  Prior to his current position, he spent 20 years in the legal department of a Fortune 50 multinational technology company as a business unit intellectual property specialist; among his duties was setting up the free & open source legal function and policies for that company.  He preceded his in-house experience with 8 years in private practice in a large New York City-based boutique intellectual property law firm, working simultaneously as a U.S. patent litigator and U.S. patent prosecutor.  He was also a patent examiner at the U.S. Patent & Trademark Office prior to attending law school. He is licensed to practice law in Oregon, California & New York and to prosecute patent applications in the U.S. Patent & Trademark Office; he is also a registered Trademark and Patent Agent with the Canadian Intellectual Property Office.  He has degrees from Colorado State University (Bachelor of Science, Mechanical Engineering, with honors), Johns Hopkins University (Masters of Liberal Arts) and the University of Virginia (Juris Doctor).  While in private practice, and continuing into his in-house career, he taught portions of the U.S. patent bar exam for a long-standing and well-known patent bar exam preparation course, and since 2014 has been on the editorial board of the Journal of Open Law, Technology & Society (JOLTS).  He lectures frequently around the world on free and open source issues as well as other intellectual property topics.