Join us and FINOS Member Scott Logic Thursday, November 19th at 11am ET (4pm GMT) via WebEx for a guest presentation for the Open Source in Fintech Event Series - from London. 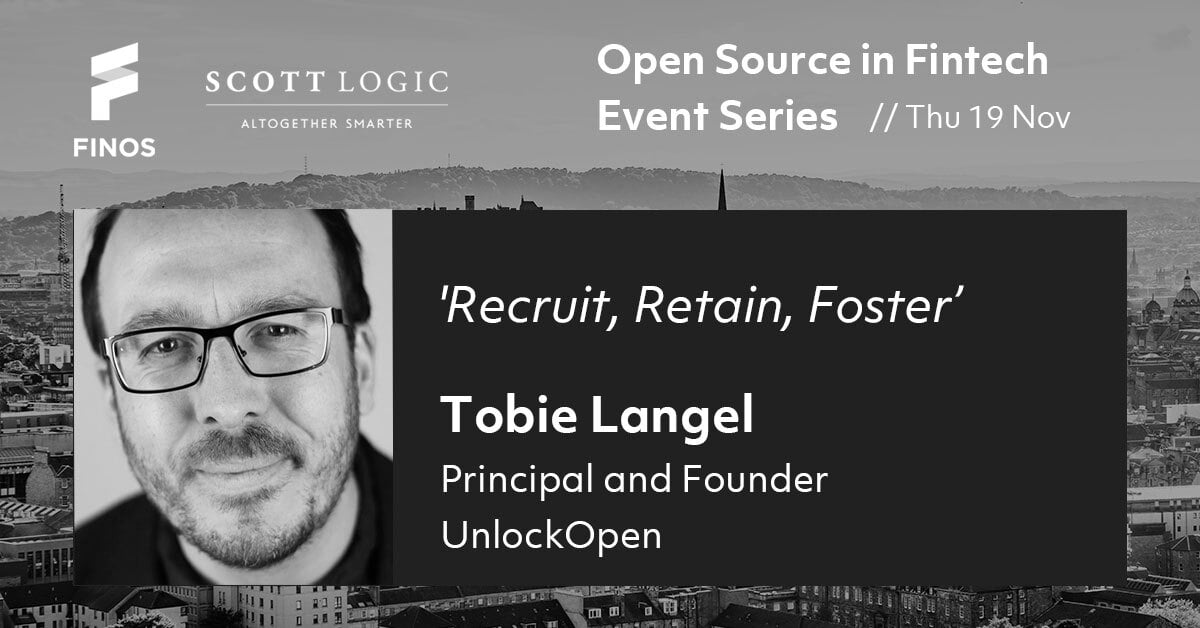 For the third in our online event series, we're delighted that Tobie Langel, Open Source Strategist (https://www.tobie.me/), will be presenting:

In a recent Twitter poll which received over 2,000 responses, 65% of respondents claimed that being able to release and contribute to open-source software as part of their full-time job was somewhat or extremely important. Only 18% thought it was not important at all.

Facebook ran a survey with its new engineering recruits in 2015—when it was still one of the most desirable Silicon Valley companies to work for—75% mentioned Facebook’s open-source programme as a key reason they had joined the company.

In a market where there’s much more demand for software engineers than there is supply, building a strong open-source culture is critical to recruit and retain top talent. And promoting it is just as important.

In this talk, you’ll learn why software engineers care about open source so much, what you can do to foster a strong open-source culture, and how you can make sure to effectively promote it to attract—and retain—top talent.

To make this more concrete, we’ll have a look at the online presence of a few companies from the perspective of a job seeking software engineer. Your online presence says more about your engineering culture than you might be aware of. And sometimes it’s actively doing you a disservice.

You’ll leave with actionable takeaways which will help you build a better engineering culture and become more attractive to the kind of candidates you really want to hire.

This session may be recorded. All normal FINOS Community Code of Conduct applications apply to this Meetup.

The London Open Source Fintech Meetup is organised in partnership by FINOS and Scott Logic.