FINOS Executive Director, Gabriele Columbro will be speaking at the 2021 All Things Open on October 19, 2021.

His talk is entitled, "How open source is helping financial services adopt new technology from the ‘outside in’." 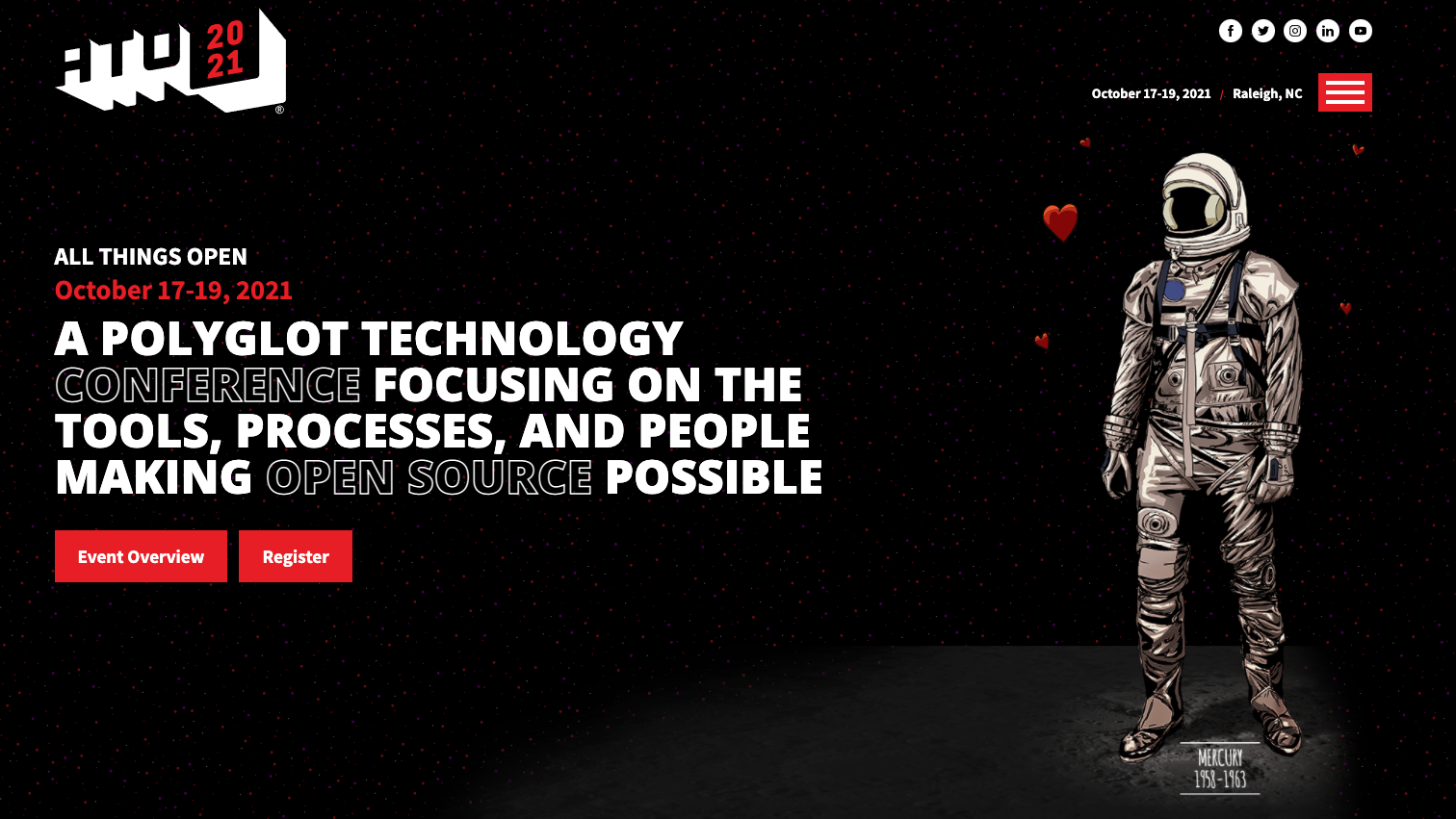 Open Source is now ubiquitous and central to the modern technology environment. The need to learn more and understand the basics has never been more vital.

To remain competitive every technologist, regardless of skill or experience level, needs to understand the fundamentals of open source.

According to a number of recent studies and reports Open Source has never been more popular and skills have never been in more demand.

The speakers at All Things Open are world class.

World-class technologists and thought leaders will deliver sessions. Each speaker has been chosen specifically because of the experience and expertise they bring to the table.

Each talk featured has been chosen to provide education resulting in an ability to effectively contribute to and consume open source. More companies are both consuming and open-sourcing products themselves than ever before. It is vital people inside these organizations understand the tools and processes being utilized.

Networking opportunities will be outstanding

Whether attending the in-person event in Raleigh or the virtual component of All Things Open, there will be plenty of networking opportunities available.

The value is second to none

We challenge everyone to find another conference anywhere in the world that gives attendees better ROI than All Things Open. We sincerely believe there isn’t one. We try extremely hard to feature some of the best content available, deliver amazing value in the process, while enabling access to nearly everyone. Early Bird registration cost (through August 31) is just $99 USD and includes all programming and networking. And thanks to Presenting level sponsors, registration to the virtual component is absolutely free ($0), no strings attached.

Gab's Talk: How open source is helping financial services adopt new technology from the ‘outside in’

Open source has been a core part of technology and application development across a wide variety of industries. One industry that lagged behind is financial services, which has historically been focused only on buying and building their own technology — competing in their own interest separate from its peer group. In recent years, the industry has moved to adopt open source into their IT architecture and digital transformation strategies. In the process, fierce competitors have come to the table to collaborate in their own interests. This includes the largest global financial institutions to the most niche fintech startups. All have seen the benefits open source can bring to the industry.

In the two years since Gabriele (Gab) Columbro, Executive Director of the Fintech Open Source Foundation (FINOS) delivered a presentation on the state of open source in financial services at All Things Open, the open source movement in financial services has greatly accelerated. As evidence of this trend, FINOS has received an uptick in contributions and deepened the impact of projects, while also increasing its membership significantly. Gab will discuss major projects underway at the foundation including Legend (contributed by Goldman Sachs) as well as new regulatory projects that are positioned to have a dramatic, positive impact on the relationship between institutions and regulators. In addition, commercial open source, which is widely known among enterprises, is becoming more important to fintech and ultimately financial institutions as they begin to look outward at adopting new technologies and innovations, rather than relying only on an inward, proprietary-only model.